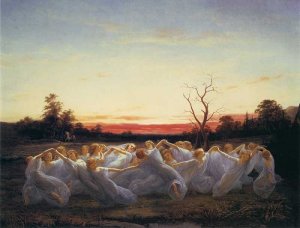 Dancing under the Moon and Stars

Wise Women as you know this is not the first New Year we celebrate during the turning wheel. It seems there is a New Year’s celebration at each solstice; on each occasion, the events create new life, new light, new beginnings, new moons, and a new story.

There are many things to share however, focusing on the beginning of 2016 and resolution time. Resolutions are something most people unsuccessfully attempt and fail within their first few weeks, if not within a month of attempting. My resolve begins when spirit puts her foot down and tells me quit procrastinating. That, my dears is how this blog began writing without a commitment to publishing a hard cover book.

This New Year will result in change once again politically (and spiritually) as we prepare to elect a different president. As Women of Wisdom, it is important to prepare the next generation to know and understand what control this country’s leaders have over the population. Teaching at home is as important as the teaching in the school systems. (While saying this) I am also reminded that spirituality is also important, to be taught at home and community.

Are you active in your community? Do you talk to your family members about what is going on in the neighborhood, or community? Do you share World events? Have you talked with others about sex crimes, religious crimes, Isis, or the Police shootings? Will you vote this year, and be an example to your children and others?

Do you get scared about what could lurk out there in world? Yet, when you look at your teenage daughter and her friends, think they would never get involved with the wrong people? Do you watch the news, read the paper, and listen to your friends?

These questions are not political; the questions are meant to make you think. Contemplate what these acts of injustice have on you personally. In the long term, they affect you, your children, their children, your families, and friends. The message the grandmothers to the next generation, “they will have to pick up the pieces, and make things right again”. If there is, anything left.

Where do you start? Pay attention to what is going on around you, and share with others, do not turn a blind eye or deaf ear. Be sure your children know what is happening, and do not shelter them, but teach them. This year ahead may be one of the hardest in history. Let your intuition and Creator guide you. Listen and hear what your children are talking about, learn to read between the lines, they may be telling you something.

Ladies solve what is going on, our streets are filled with things young people attracted to or tempted by the wrong influences. Here are a few examples of how teens go astray:

… — In Oregon, teenagers are partying at trap houses, successors of crack houses of the 1980s and ’90s. Besides drugs … to find out how much money, they make and how they attract party guests. None would talk. One male teen asked for money or marijuana in… Gleeson, M. (2015 WeNews)

“Admittedly, if one considers how teen girls are presented in this culture, it is indeed, a terrifying world full of “mean girls”, predators in white vans and a fashion industry apparently influenced by those men in white vans”. Gleeson, M. (2016 WeNews)

Last year, 2015, the world faced upheavals in the name of race and religion. Christianity would call it the coming of Armageddon. Man against Woman, Gods against God and Goddess, Islam against Muslim, Muslim against Christian, and again racial unrest. Throwing immigration into the pool just made things worse. The only missing piece is the false religious profit walking among us now. Are the children aware of what is happening around them or are you sheltering them? What do you tell them about death, love, friendships, and love? Whom can they go to when they have a question?

As a Shaman/Wise Woman our work in our own communities, with families, and spiritual groups can help people understand how they can contribute. Spirit tells us “listen, listen to what (being said and) is going on all around you. To ask for honesty means to give honestly, truth is liberating and healing. Pray for the best outcome.

Women in circles have power, in a circle women can accomplish more by having encouragement and support. The aspect of the maiden, mother, crone provides women role models and support on their journey. It is my opinion that a person’s religious belief is not important, having unity, love, faith, and favorable treatment by all.

The traditional New Year 2016. Resolutions, Promises, Pledges, and Words spoken with intentness, but more often not reaching completion. The world is in transition… We are transitioning.

“…we are a part of an interconnected universe, in which the smallest movement of a butterfly’s wing could actually have an effect on the whole system (Bolen, M.D. 2003).”

“Look at your daughters, and see into the future. They are going to become our presidents, doctors, teachers, and soldiers. Their statistics are better than boys and they are charming and fun. I don’t want to hear any more parents telling me their “boys are so much easier (Gleeson, M. 2016)”.

So, do not be afraid my sisters. Do as you like, make a promise not to yourself, but make a promise to the future generations. Tomorrow you will  wake up or not. It is up to you. 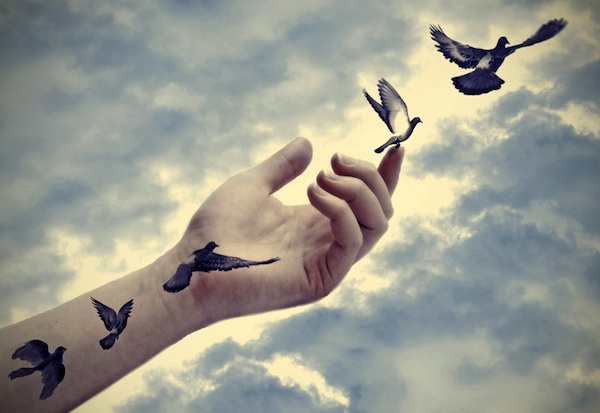 Look at Your Teen Daughter and See Into the Future
By Michelle Gleeson
WeNews commentator
Friday, January 1, 2016

One thought on “Imagine”